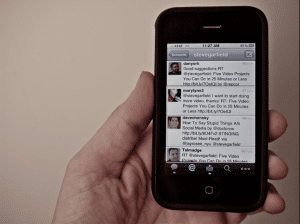 Social media can be tricky, and it’s no secret that Twitter can be one of the more difficult microblogging sites to figure out. Though it’s been around for several years now and has already been integrated into the daily lifestyle of Gen Y, Twitter has still not become

nearly as prominent for business use as contemporaries such as Facebook, Google+ or LinkedIn have. This is for a few reasons, primarily because it is very difficult for inexperienced business owners, many coming from a different generation, to not only familiarize themselves with the technology and compose a tweet in the first place, but also to attract targeted Twitter followers once they do. However, Twitter has over a half-billion registered users, and marketing professionals agree that it’s vital to incorporate it into a social media plan.

The first thing that any business owner intent on managing their own Twitter content is to, of course, become familiar with the system itself. Luckily for everyone, Twitter already has a fantastic sub-site dedicated to helping you learn the basics for your business. It’s not particularly complicated or difficult once you get the hang of it, but it is unique. You will absolutely need to learn it though, and it’s worth your time and trouble.

Once you know more or less how the site works and how to compose a Tweet, your next step is going to be attracting followers to your page. What you want is “targeted Twitter followers.” These targeted Twitter followers are users who will not only follow you, but who will be actively interested in what you and your business are doing and the updates you’re producing. The hope is that they’ll create retweets, a re-posting of your own Tweet on their Twitter account for even more people to see. You can follow them in hopes that they’ll follow you back, you can send targeted Twitter followers a direct message to your other social media pages (though you may wish to Tweet those as well) or you can link to your Twitter page from your existing social media pages or other blogs. The point is to get the word out about yourself to any potential followers.

It’s also important to carefully present your brand on your own page. This can be done largely with your Twitter background, your Twitter username and your profile image. Much like other social media sites, creating a strong and consolidated image is a good way to not only attract followers, but to make yourself memorable. While it may be tempting to use hip or goofy graphics to tempt younger followers, it’s ideal to keep a consolidated and professional brand image throughout all of your social media.

Do you have any tips of your own for small business owners just starting out on Twitter? Let us know!