Films and Blink Twice Production.  This impactful film follows the stories of Monay Williams and Shokana Blevins, two young African American women from Detroit, Michigan, as they fight obstacles to become the women they want to be. The film focuses on the challenges and importance of being an African American girl living with disabilities in the modern age.

Women with disabilities, especially African American women, are underrepresented in the media. This enlightening documentary shares these two compelling stories in the hopes of starting a broader discussion. The film also seeks to empower young African American women to discover their own stories and achieve their dreams in the face of adversity.

The film was produced and directed Eileen Hayes and edited by Ana Ramocan.

Where Has My Girl Story Been Screened?

The powerful film has appeared in numerous screenings across the country, including:

Who Is Executive Producer, Tameka Spruce?

Tameka Spruce is a disability justice activist from Detroit, Michigan. She studied theater at Henry 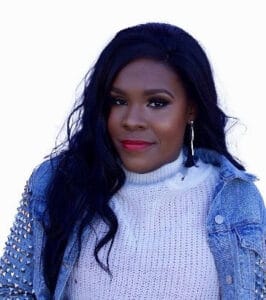 Ford Community College and received her bachelor’s degree from Oakland University. In 2008 she joined the Warriors on Wheels of Metropolitan Detroit, where she fought for disability rights for over a decade. She continues to be a disability rights fighter with Warriors on Wheels and in her film work. Other notable works include the award-winning film “Justifiable Homicide.”