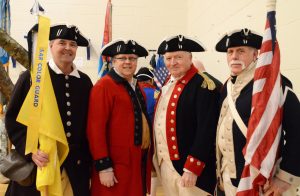 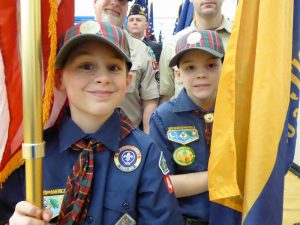 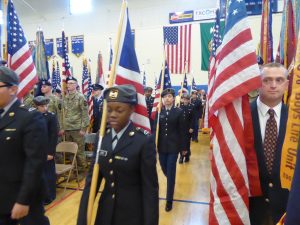 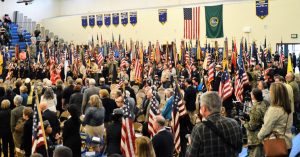 What is it? Each year, the Puget Sound Chapter of Military Order of the World Wars hosts Washington State Patriotic Day. The cornerstone of this fun event for all ages is a Massing of the Colors, a processional celebration of active military personnel and veterans in the Evergreen state and the birth of our nation’s first patriot, George Washington.

The Massing of the Colors is a patriotic ceremony honoring those who have served and are active in the U.S. military, and honoring those today who carry on the tradition. The 2017 ceremony was named “Washington State Patriotic Day” to identify that the event is intended to highlight individuals who deserve recognition in addition to active duty, Reserve and National Guard personnel.

The world-class I Corps Army Band, which creates bonds between the United States Army and the Pacific Northwest community, will play an inspiring selection of music celebrating the long line of those who have served our country well. Organizations taking part in the procession include active military personnel, veterans, military fraternal organizations, and civilian organizations such as the Girl and Boy Scouts.

Where is it? Historic Stadium High School’s Gymnasium located at 111 North E Street in Tacoma, Washington 98403.

How much is it? Entrance into the event is free. Facebook users can RSVP here.