How to Use Video Like Chris Pratt on Social Media 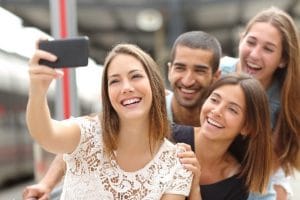 How can you improve your social media strategy using video? Find out in this blog post!

Along with the rising popularity of social media comes marketing. For celebrities, entrepreneurs and businesses alike, this is an easy, affordable and effective way to market yourself, your brand and your company. While some of the old-school methods of advertising are still in use, such as radio and print ads, they are not nearly as efficient as social media. While general online marketing is still effective, social media marketing takes it to another level with the ability to target certain markets and demographics.

Who is Chris Pratt? 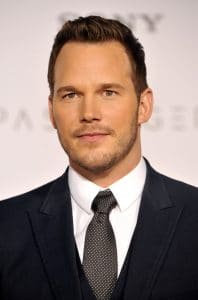 Chris Pratt dominates social media using video marketing. Read this blog post to see how he does it! [buzzfuss] © 123RF.com

Regardless of how you were introduced to Chris Pratt, if you follow him on social media, one thing you know to be true is that he is hilarious, goofy and genuine. Recently, Chris’ social media posts have become so popular that they have garnered various media attention, causing him to go viral and become an Instagram sensation. Not all of us are celebrities who are able to obtain millions of followers from being in the public eye. However, there are ways you follow Chris’ lead to start building a following. Learn more about getting more Instagram followers in How to Get More Followers on Instagram: A Guide to Earning Your First 1,000 Followers and keep reading for specific insight from Chris Pratt’s Instagram account.

Celebrities typically post about anything and everything on social media with no specific theme in mind. While Chris’ posts include behind the scenes moments of films he’s working on as well as home life, he recently started a video series he calls, “#WhatsMySnack.” The series began in his trailer while filming the sequel to “Jurassic World.” In between shooting scenes, he decided to film his snack breaks and make it a super funny, and oftentimes delirious, series of videos about him eating healthy, calorie-specific snacks, but in true Chris Pratt form.

One of my personal favorites in the “#WhatsMySnack” series is when he raps about a carrot cake muffin here! I was almost in tears from laughing so hard. Another gem in the #WhatsMySnack series is Chris attempting to pronounce the ingredients in this health shake, which include cacao, baobab, banana and chia. This is also the first “official” video in the series that got the ball rolling.

How He Went Viral

These stats show that social media is trending towards video content for 2017 and the foreseeable future as visual content is more engaging and interactive than photos. Additionally, photo and video content far exceed text-only posts in terms of engagement rates.

How Pratt Built His Brand

Chris Pratt became successful on social media, because his Instagram account is a true representation of who he is: funny, kind, genuine, loves children, and generous to various organizations and charities for children’s causes. His video posts are especially effective, exciting and engaging, because they represent his brand (himself) well. As Caitlin Burgess from Top Rank: Marketing explains, being honest and authentic helps expand your brand and will generate more followers. 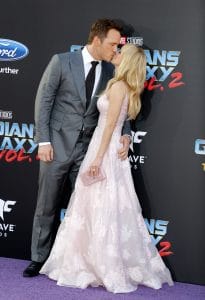 Chris Pratt and Anna Faris = Social media goals! Learn how you can use video to improve social media engagement in this blog post! [buzzfuss] © 123RF.com

Along with his infectious sense of humor, another important part of Chris’ brand is that he’s very kind and genuine. When he’s not posting hilarious videos, behind the scenes tidbits and shamelessly plugging a new film, he also shares stories from his personal life, which adds a relatable element to his brand. He posts photos of his wife, Anna Faris by gushing over her and saying the sweetest things about her. He also loves sharing photos of his son, Jack who is four years old.

Chris’ love for children also expands beyond his son. On a recent trip to Lake Stevens, Washington (where he grew up), he shared his experience getting to participate in the grand opening of the Lake Stevens Boys and Girls Club, which he helped raise funds for. He’s also currently involved in a fundraiser to benefit the Seattle Children’s Hospital, where he occasionally donates his time visiting the children when he’s in the area, too.

So far, we’ve learned that Chris is funny, genuine, relatable, charitable and he posts a variety of content, which keeps his social media presence fresh and exciting. With his various social media accounts, why was Instagram the medium that made him go viral? 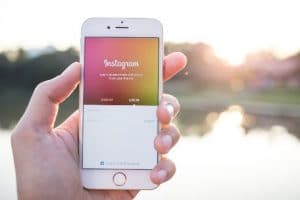 Find out how you can use video marketing to improve your social media strategy in this blog post! [Panithan Fakseemuang] © 123RF.com

Take a look at some of these stats in 33 Mind-Boggling Instagram Stats & Facts for 2017:

Although Facebook’s total number of users far exceeds Instagram’s, their demographics are much more diverse. When you consider that most of Instagram’s 600 million+ users are between 18 and 29, this means that Chris’ posts are automatically targeted to his primary audience, which is mostly young adults. He also posts consistently, which increases the chances that many of the 600 million+ users could see his posts.

In fact, the more you post on Instagram the better results your business will see. Research shows the most successful brands update their Instagram accounts at least 4-5 times per week, however if you’re able to share new content on the platform as often as 2-3 times per day you’re likely to see even better engagement and results.

The Key to Social Media Success

Whether you are a celebrity, entrepreneur or business owner, you can take these marketing lessons from Chris Pratt and apply them to not only your social media strategy, but your overall marketing plan. Just stay true to your brand and make sure it’s authentic and honest. If you do, you will likely gain and keep many followers.

To read more about social media marketing, check out these additional blog posts:

Sign up for a complimentary consultation during September and receive an Email Marketing Guide valued at $475!  We offer a 30-minute phone consultation with our CEO, and can answer your questions and discuss your specific marketing needs - no strings attached. Call 408-218-2391 or contact us today to arrange your consultation!