3 Social Media Lessons from Orange is the New Black 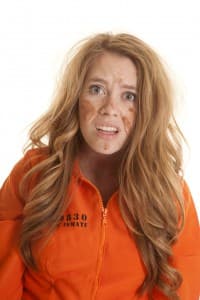 Don’t get caught without learning these 3 social media lessons.

Over the past week, I, like most Netflix account holders, binge watched the latest season of Orange is the New Black. I am a new fan of the show, but after seeing all of the posts and excitement on social media about it, I was inspired to start watching. After watching the show and following it Facebook and Twitter, here are three social media lessons I learned from the Netflix original series.

Orange is the New Black: 3 Lessons in Social Media

Along with following the lives of various inmates at Litchfield Penitentiary, we get a glimpse at their personal history. Some of the flashbacks show what each criminal did to get into prison and some are moments in their lives that help us to understand why they are the way they are. To give your customers and followers a little more information about your business, use social media sites like Snapchat or Facebook to share pictures and videos of your staff and products. Customers will enjoy getting the behind-the-scenes scoop of their favorite company.

Even though the first two seasons of OITNB had been available to watch over the last two years, I never had any interest in it until the Internet seemed to explode with excitement for the third season. My Facebook and Twitter feeds were filled with people cancelling their weekend plans and prepping for a major marathon. I’ve had the same reaction to Netflix releasing new seasons of House of Cards and Arrested Development and I figured I might as well see what the fuss was about. The official show Facebook page also did their part by posting countdown videos and images to the release date. If your company has an exciting new product to release, use social media to spread the word about your news. This will keep customers up-to-date on any important information and allow them to like and share your news.

On Thursday, June 18 the cast was available to live tweet with fans. They created their own hashtag, #AskOrange and encouraged viewers to tweet all of their questions they wanted answers to. This is an incredible way to not only increase interaction, but to also deepen the connection with your fans. As a small business owner, you should find the time to respond to comments on social media, whether good or bad. This effort proves not only that you care about your company’s reputation, but about your customers.

Whether you have been a fan since the beginning or have yet to watch, I learned three lessons in social media after watching Orange is the New Black. Through catching up on the past seasons, I observed it is important to show background information, generate buzz and to be accessible. Have you ever learned social media lessons from a TV show? Share with us what you’ve gleaned in the comments below.

Three Girls Media, Inc. is a public relations and social media management agency founded in the heart of California’s Silicon Valley with a team in the Seattle area. We love working with small and emerging companies across the nation to raise their brand awareness and name recognition. We offer a complimentary 30-minute phone consultation with our CEO and can answer your questions and discuss your specific marketing needs.