How To Find Social Media Inspiration From Your Favorite Shows 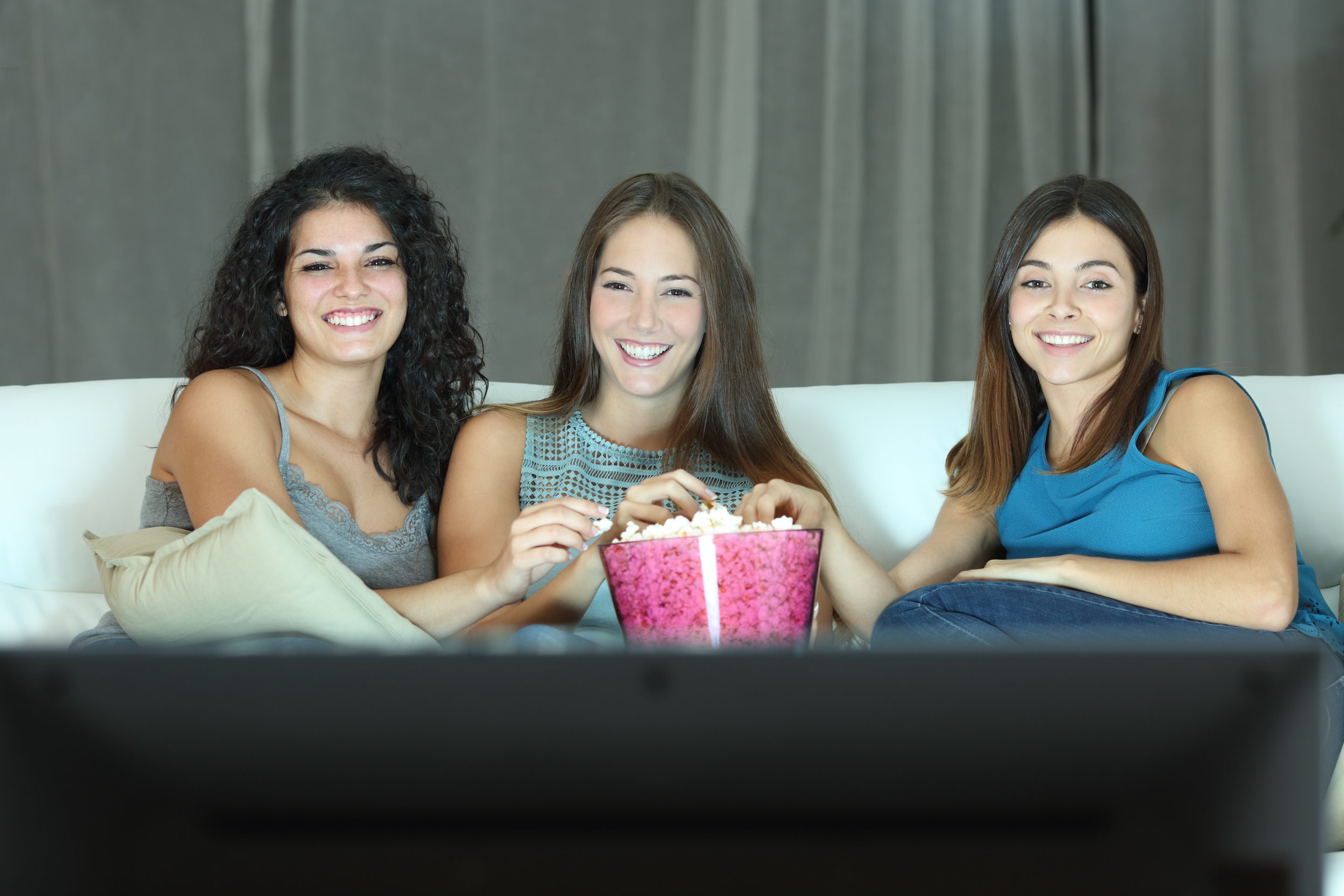 Television began in 1927 but didn’t really take off until the 1950’s. The appeal of television in this era was that it connected people from different parts of the world together. Major events, such as the debate of John F. Kennedy and Richard Nixon and Walter Cronkite announcing the death of President Kennedy, had the entire nation glued to their TV sets. Today, social media has become what television once was. Users head straight to social media to get their news, product information and reviews of businesses on computers and phones. If your company is thinking of getting into the social media game, here are ways to find social media inspiration from America’s favorite medium as you venture into its current obsession.

Grace and Frankie, originally airing in May 2015, is the longest ongoing series on Netflix. The show depicts the hilarious lifestyle of two women in their golden years who’s lives took a drastic turn and brought them together. As a successful business woman and a frantic artist living together in polar opposites, Grace and Frankie show us three lessons that can be used in social media.

1. Utilize what you have: In the show, Frankie and Grace use their everyday household items for new alternative purposes. A notable example is when Grace finds herself unable to get up off a toilet, she wraps her scarf around a mannequin to help pull herself up. This leads to a Frankie invention, the Rise Up Toilet Seat, which the duo go on to feature on Shark Tank. Like Grace and Frankie, use the content you have available for social media. Republish an old blog or social media graphic as new, exciting content.

2. Be relatable: In season 6, there’s a scene where Frankie gets a new laptop and she’s spending a lot of time trying to figure out what’s wrong with it, flipping it over and wondering why it won’t turn on. Then, Grace comes into the room and shows her that she needs to press the power button to turn it on. We’ve all been in an “oh, that was stupid” situation with technology, and it’s these relatable situations that make Grace and Frankie the popular show it is. When looking for social media inspiration, search for topics that are relatable and timely that everyone can comment on. This will increase engagement on your posts.

3. Collaborate: Every time Frankie comes up with a new invention, she immediately displays it on the kitchen table to present and collaborate with Grace. Because her ideas are usually unfeasible, Grace brings her down to reality, but her innovative and sometimes outrageous ideas are a huge attention-grabbing aspect of the show. If your social media profiles are becoming predictable, try collaborating with different people in your company for social media inspiration or interesting news topics. You never know what inspiring ideas the people next to you could be conceptualizing.

When Netflix and Hulu began creating original content, many were skeptical of the shows’ success, mainly because nothing like them had ever been done before. Today, Netflix is a go-to source for shows and movies, with subscribers continuing to grow every year. Hulu Plus is another streaming service that has been causing buzz and rivaling cable as well. Here are a few Netflix and Hulu originals that are prime for social media marketing inspiration: Orange is the New Black, The Mindy Project and House of Cards.

1. Provide background information: Orange is the New Black follows the lives of various inmates at Litchfield Penitentiary and also gives viewers a glimpse of their personal histories. Some of the flashbacks show what each criminal did to get into prison, and some are moments in their lives that help us to understand why they are the way they are.

A good social media tip to give your customers and followers a little more information about your business is to use social media sites such as Instgram and Facebook to share pictures and videos of your staff and products. Customers will enjoy getting a behind-the-scenes look at their favorite brand.

2. Generate buzz: The Mindy Project is fun and light-hearted in nature and its social media efforts for a season premiere were no exception. For example, on Twitter they made their own spin-the-bottle game with various cast members and GIFs of memorable moments from the show. Creating fun and interactive content on social media is a great way to get involved with fans and keep them coming back to your page.

Along with the official show’s social media pages, different cast members got involved in the fun. The show’s star and creator, Mindy Kaling, used her own Twitter account to retweet and post memes about the show’s season premiere. Other cast members also shared in the excitement from their own pages. Having employees post about a new product or event is a great way to share company news and reach a wider audience.

If your company has an exciting new product to release, use social media to spread the word about your news. This will keep customers up-to-date on any important information and give them the opportunity to “like” and share your news.

3. Create a hashtag: Before the release of the show, the cast of Orange is the New Black opened up for a live-tweet with fans. Netflix created the hashtag #AskOrange and encouraged viewers to tweet all the questions they wanted answers to.

The Mindy Project also got in on the game by creating a hashtag for their fourth season premiere on Hulu using #MindyOnHulu.

Hashtags are an incredible way to not only increase interaction, but to also deepen the connection with fans. Small businesses who create their own hashtag are able to generate a conversation and also track what customers are saying about their brand.

A social media tip for small business owners; find the time to respond to comments on social media, good and bad. The effort proves that you not only care about your company’s reputation, but also your
customers.

4. Offer something to followers: One of the most successful Netflix Original shows and a personal favorite of mine is House of Cards. The program definitely made use of the above three social media tips and marketing techniques, but also gave something back. On the official season four website, the main character, Frank Underwood, provides Facebook and Twitter headers as well as stickers and posters for supporters to use. Word-of-mouth marketing cannot be underestimated, and providing followers with the tools they need to spread your message is an important step. If your business decides to create marketing images, be sure to create them in the proper dimensions for each social media platform.

When you’re flipping through the channels or waiting for your favorite show to come on, it can be a disappointment when you realize you’ve seen the episode before. Reruns don’t have to be a waste of time; you can actually find a lot of social media inspiration from them.

1. Revisit old favorites: One of the best parts of watching a season of your favorite show again is seeing your favorite episodes. These are episodes that are still as good as the first time you saw them. When going through past social media posts, look for posts that have high customer interaction. Posts that have lots of likes or comments are the types of content you should revisit. Repurpose the content to make it fresh and post it as new on your timeline. Changing up content is an important part of your social media marketing strategy. In addition to making you more efficient, it can help you keep your company’s branding and messages consistent. When you repurpose content you:

2. Get ideas: What’s your favorite show to draw social media inspiration from? If coming up with new and exciting content is difficult for you, watching shows you like may spark your imagination. Use these new ideas to help you envision blog ideas and social media posts and contests. You never know what will ignite creativity.

3. Stay relevant: No matter how old certain shows are, their content and message remain as fresh as ever (my favorite classic show is Family Ties). When writing for blogs or social media, make sure that your content is useful down the road. You don’t want your work to be irrelevant and obsolete as soon as you post it. Data and facts may change, but strong writing endures.

What better way to find social media inspiration than from one of the most beloved forms of entertainment, television? Netflix, Hulu and reruns are all excellent sources of ideas for your small business to use. Follow these tips to improve your social media pages, connect with followers and increase engagement. If you’re looking for social media inspiration, contact us for a free consultation with our CEO, Erika Taylor Montgomery, to discuss your current content marketing strategy and learn about our social media management services.