Press Release is a 4-Letter Word 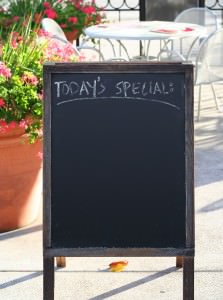 press release: noun. An announcement of a newsworthy item that is issued to the press.

The Bad News: You’ve probably been told one sure way to spread the news and gain media interest in your company is through issuing a Press Release. In fact, there are several “Do It Yourself” PR books that recommend this clichéd tactic. Here at Three Girls, ‘Press Release’ is usually a set of words that makes us cringe. It means companies are taking an old-fashioned, or uneducated, press approach that’s often inappropriate, ineffective and a waste of marketing dollars. When I say Press Release is a 4-Letter Word, I mean that it should represent real N-E-W-S! Unfortunately, that’s rarely the case.

Why do so many companies make the mistake of issuing Press Releases at the drop of a hat? Many let ego get in the way. They’re so excited by the changes or achievements in their company that they assume the rest of the city, state or country will want to know about it. Others simply take the advice of misguided “Do It Yourself” PR books. Sadly, some are unwittingly duped by PR Agencies or Consultants who issue Press Releases simply to make it look like they’re doing something productive, or worse, don’t know a more effective way of communicating.

There are plenty of examples of Press Releases gone wrong. Does America need to know that in one state, a “Youthful Hobby Turns into Bustling Jewelry Business?” for two relatives who sell their creations online? Unless the business is Tiffany or Cartier, the answer is definitely no. Will news outlets in the state of Texas carry the news from the bustling town of Humble: a “New Generation to Take the Helm at [Shawl] Store?” not a chance. The headline is another inept example of a Release that wasn’t newsworthy, or of interest to anyone but immediate friends and family.

In our day-to-day practices, we rarely use formal Press Releases to communicate with reporters. Instead, we believe in leveraging personal relationships and contacting individual reporters and editors  who, through targeted research, will likely be most interested in your business. The method has proven incredibly effective, and is a more strategic and targeted approach to securing press.

The Good News: There are times when a company has a message worthy of a Press Release, or its sister notice, the Media Advisory (a release specifically formatted for events). It’s determining which stories should be shared with the mass public, and which should be celebrated with friends and co-workers, that can be tricky.

Press Releases are commonly distributed regionally or nationally through traditional services such as PR Web or MarketWire, and tens of thousands of media outlets receive the news. Editorial decision makers from the weekly neighborhood magazine to USA Today, and the local evening news to CNN, will be reading your announcement. You don’t want their first, or most recent, reaction to your company to be a long sigh and roll of the eyes.

The Money: Considering a well written and timed announcement could garner widespread coverage in national media outlets, the costs are nominal. Major distributors such as MarketWire and PR Web have extremely competitive fees and services. Releasing news in one regional metro area can cost as little as $150, and national distribution with add-ons like photos and RSS Feeds can run up to $1,000.

Now that you’ll be able to easily determine when a Press Release is right for your business, your marketing can be more strategic and productive, helping you reach the public relations goals you’ve set for the year.