How to Use Nostalgia Marketing for Success like ‘Stranger Things’ 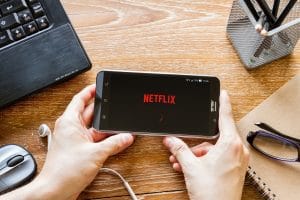 To learn about how to use nostalgia marketing for success, keep reading! [kasinv] ©123RF.com

Netflix is all the rage right now for streaming and on-demand content. As its popularity has dramatically increased over the years, its volume of original content has followed suit with hit shows like Orange Is the New Black, House of Cards, BoJack Horseman and Unbreakable Kimmy Schmidt. Unlike traditional television shows, Netflix releases an entire season at once, making it irresistible to not binge-watch. One of their most popular series that was an immediate hit is Stranger Things. Set in the 1980s, this sci-fi thriller offers suspense, drama and many nostalgic references of the time. To learn about why nostalgia marketing is so successful, read on!

Stranger Things is a show about a group of pre-teen boys who experience supernatural elements when searching for their friend, Will, who went missing. The boys run in to a girl named Eleven who has connections to the supernatural occurrences happening in the town, so the boys join forces with her in their search for Will. While the boys are out searching for their friend, strange things (pardon the pun!) are happening throughout the town, including the disappearance of a high school girl, and with Will’s mom. Things begin to intensify along with the supernatural force that has the town on edge.

What Makes It Nostalgic? 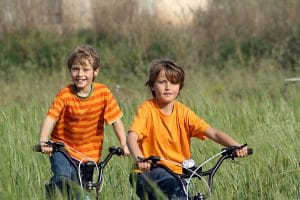 Do you know about nostalgia marketing? Read on to see how “Stranger Things” uses it for success! [Mandy Godbehear] ©123RF.com

There are several elements that make Stranger Things a hit show, including great storytelling, visuals, suspense, and nostalgia. Nostalgia is a huge factor in why a show about a group of kids on bicycles looking for a lost friend drew in millions of viewers of all ages. For many Millennial kids like myself, as well as Generation X, there are numerous elements from the 80s that stick out in our memories that resemble what the decade was about. We remember bicycles providing that first taste of freedom, going home when the street lights came on, and with the absence of cell phones and the internet, our parents were unable to reach us without calling or going to our friend’s house, or shouting our name down the street at dusk. Stranger Things is somewhat of a catalyst that takes us back in a time before the digital era got a hold of us.

The theme music, created by a modern synthwave band called S U R V I V E, provides the all-too-well-known eerie 80s dark synth sound. While the soundtracks of most of the horror films of that time were scary as hell, the 80s bred a new sub-genre of electronic music that was dark and creepy in its own right. The font of the show also has ties to the decade paying homage to many Stephen King novels. But there are more references to King than just the font, which can be seen in the image below. Many elements of the storyline as well as the characters, and even certain lines of dialogue are reminiscent of the horror king. To learn more about Stephen King’s influence on the show, check out 8 Subtle ‘Stranger Things’ Only True Stephen King Fans Will Know. Honorable mentions also go to X-Files and Twin Peaks, other creepy supernatural TV shows of the 80s that we felt vibes from in the show.

Another element that draws the younger viewers in specifically, is how the show makes the kids the main focus. In most television series, children are usually the counterparts to the parents or other adults in the story. The great thing about Stranger Things is the focus on the kids throughout the series. You feel like you’re going on a wild adventure with them, and as a kid you always want to be part of the action. Whether you’re a child of the newer generation or you’re an adult taking a trip down memory lane reliving a part of your own childhood, this show offers something for everyone. 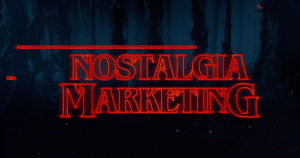 Want to know why nostalgia marketing is so successful? Keep reading my blog post to find out! [Custom image created from http://makeitstranger.com/]

When we think back on our childhood and the good memories we remember most, it usually brings up feelings of joy and happiness. Listening to songs that made up the soundtracks of our lives, watching movies we grew up with, toys we had, games we played; they all serve as bookmarks at different places in our lives.

So why does it work? Lauren Friedman from Forbes explained it best when she said, “…Fond memories make us smile — and that leaves us open to brand messaging. . . Associating brand messaging with positive references from the 90s, 80s — and even the 70s — humanizes brands, forging meaningful connections between the past and present.” Learn more from Lauren about nostalgia marketing and millennials in Why Nostalgia Marketing Works So Well With Millennials, And How Your Brand Can Benefit.

When it comes to television shows, as consumers we have the understanding that the creators want as many viewers as possible and to make money. But, every now and then, a special show comes along that pays homage to something that was meaningful to a certain group of people. Stranger Things is one of those shows. The connection the creators have with their show mirrors the connection viewers have with Stranger Things; it humanizes the show and makes it relatable on another level. The nostalgia of it brings back memories that make us smile all while entertaining the hell out of us with their great storytelling.

A recent example of successful nostalgia marketing is the Domino’s Pizza commercial that references the classic 80s movie, Ferris Bueller’s Day Off. The Ferris lookalike races through the neighborhood trying to beat the pizza delivery guy so he doesn’t miss him. The first time I saw it I remember thinking, “This commercial is awesome! Whoever had this idea is genius!” It immediately made me want to watch the movie, because it brought up memories of my favorite scenes and when I first watched it as a kid. Fun fact: The guy who plays the Ferris-esque lead is Joe Keery who plays Steve Harrington in Stranger Things, a hunky, popular high school kid. 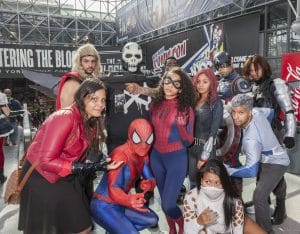 How did nostalgia marketing contribute to the success of comic-con? Read on to find out! [Sam Aronov] ©123RF.com

Another reason fans love Stranger Things is because it created its own cult following. While it appeals to many people of all ages and interests, it also appeals to fans who love the sci-fi and fantasy genres. Speaking of cult followings, the trailer for season two of the show recently premiered at San Diego Comic-Con (SDCC) and it received over 7 million views within the first three days!

SDCC began in 1970; however, the convention started gaining in popularity within the last 15 years. People of all ages flock to San Diego every July to take part in the country’s largest comic convention where the most die-hard fans attend it dressed as their favorite character (also known as cosplay). SDCC and other conventions like it have become increasingly popular over the years. One reason is because it’s a place where people who are part of “geek culture” can meet others with similar interests and “geek out” at their favorite stars playing the characters they grew up watching or reading in a graphic novel.

In addition to the fans, the creators of SDCC explained they are fans themselves. They acknowledge their wide and unique fan base, but they don’t make their targeting efforts too narrow, which makes fans of all demographics from all over the world feel welcome. When speaking about the marketing efforts of companies involved with SDCC in an interview with Forbes magazine, David Glanzer, Chief Communication and Strategy Office for Comic-Con International (CCI) stated, “While it may be true that [SDCC’s fan base is] a key demo for marketing, we don’t want a participating company to exhibit or present a panel for that reason alone. They should have an organic relationship to comics and popular art.” Learn more about SDCC in How San Diego Comic-Con Became Fandom’s Super Brand.

The popularity of Stranger Things has magnified since the show’s first appearance at SDCC. Fans showed up in droves to see the stars of the show discuss the previous season, what they can expect next season and the chance for a photo op with the cast. Comic conventions prove they are another successful vessel for nostalgia that viewers and fans have latched on to.

When it comes to nostalgia marketing, the proof is in the numbers. Looking at the success of Stranger Things, SDCC, and all other nostalgia-based media and events, it’s hard to deny the impact it’s had on the marketing industry. The show offers a fresh perspective on an older time that has viewers clamoring for more.

For more on marketing and what lessons you can learn from pop culture, check out these blog posts: