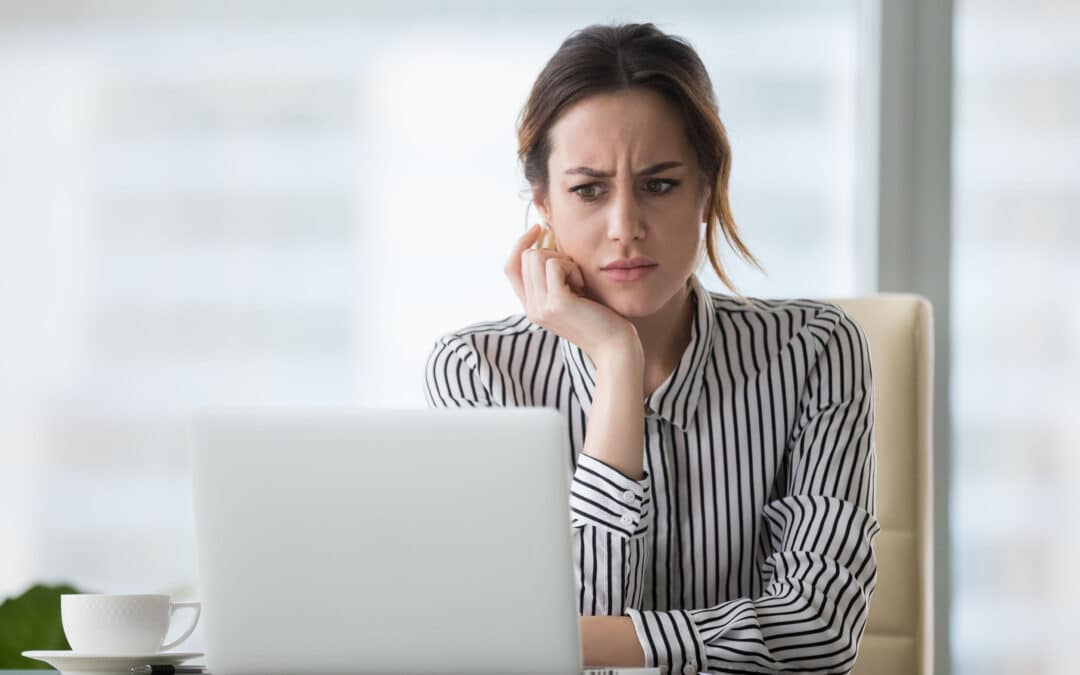 With the advent of social media marketing, boosting consumer engagement has never been easier for brands. But along with a social media presence comes a need for a crisis communication plan.

Social media platforms give consumers a lot of power, and sometimes they use that power to air their grievances.

When consumers file complaints in the public eye, companies are forced to manage the ensuing crisis publicly, especially when customer criticisms go viral. In these situations, a single tweet could make or break a company’s reputation.

His initial tweet featured an image of cereal pieces strewn about a kitchen counter, in the middle of which were what appeared to be cinnamon sugar-coated shrimp tails. “Ummmm @CTCSquares – why are there shrimp tails in my cereal?” he probed.

The post, which has now garnered 149,700 likes, captured the internet’s attention, forcing Cinnamon Toast Crunch to step in and respond.

Initially, the company handled the bad press well, apologizing for Karp’s disgusting discovery and declaring they would report this to their “quality team and replace the box.”

Things quickly became a social media marketing nightmare when the company later claimed the shrimp tails were actually “an accumulation of the cinnamon sugar that sometimes can occur when ingredients aren’t thoroughly blended.” To make matters worse, they privately messaged Karp, requesting he send them the tainted cereal for investigation.

In terms of social media management mistakes, Cinnamon Toast Crunch is guilty of quite a few. Poor crisis communication made a bad situation worse, drawing even more negative attention to the brand and inspiring a slew of #ShrimpGate memes. And even if Cinnamon Toast Crunch turns out to not be at fault for the presence of shrimp tail-like objects, their crisis strategy still needs to be updated.

In this article, we will cover the basics of crisis communication and what lessons in social media management we can glean from Cinnamon Toast Crunch’s handling of #ShrimpGate.

What is Crisis Communication?

Before we cover crisis communication, let’s first define what a crisis is.

According to Hubspot, “A business crisis occurs when an unexpected problem puts the stability of a company or organization at risk.” Typically, the threat is unexpected and demands immediate action from the brand. #ShrimpGate, a crisis that both shocked consumers and threatened public safety, checked all of these boxes.

Business crises fall into at least one of several categories. Hubspot indicates the most common crises businesses face include: 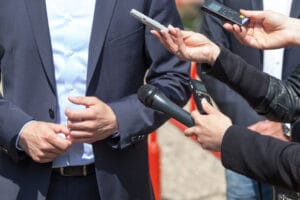 A crisis communication plan will guide your company should disaster strike.

Be it a sex scandal, mass layoffs or viral customer complaint, a crisis will negatively impact the reputation of your company and can potentially disrupt the continuity of your business. In times like these, crisis communication will help get your company back on track.

It’s important to remember that a crisis will play out whether or not you intervene. So, as Hubspot puts it, you “should have some input about the narrative.” By publicly addressing a crisis, you’ll increase your brand’s transparency and show consumers you care – two sure-fire ways to boost customer satisfaction.

Why Is A Crisis Communications Strategy Vital To Social Media Management?

In this day and age, social media marketing is a must for any brand. Social media allows brands to connect with and grow their audiences in ways that previously weren’t possible. However, social media also poses many risks to your brand.

As stated earlier, social media gives consumers a much larger platform to voice their opinions. While a couple negative comments or valid complaints aren’t going to hurl your company into crisis mode, if the conditions are right, they could spark a “major negative change in the online conversation about your brand.”

Prior to #ShrimpGate, Cinnamon Toast Crunch kept a relatively low profile on Twitter. Their social media marketing focused on sharing memes and other content common in internet culture. In other words, their Twitter presence was nothing unexpected.

After Karp publicly shared his fishy discovery, Twitter used it as inspiration for a multitude of memes, and Cinnamon Toast Crunch became a trending topic for several days. 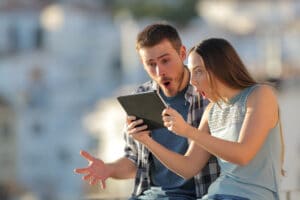 @elyzawithawhy compared the situation to an episode of Nathan For You, in which comedian Nathan Fielder gives unsuspecting small business owners outrageous advice. “To save their company, Cinnamon Toast Crunch needs to make cereal classy again, and what’s classier than shrimp?” she teased.

Many users tweeted about finding other random objects in their cereal, such as @stuartfiddle, who shared a picture of their dog’s face in a cereal box.

Others, like @childishgumbo, shared pictures of shrimp and joked that they were enjoying their Cinnamon Toast Crunch.

Essentially, the conversation around Cinnamon Toast Crunch shifted from neutral to overwhelmingly negative almost overnight. While the attention was mostly humorous, this banter could cause long-term damage to Cinnamon Toast Crunch’s reputation and maybe even a loss of customers.

So, how can a crisis communication plan help? According to SocialMediaToday, “The key to managing a social media crisis is timeliness – your goal should be to respond within an hour of the crisis being spread.”

Your response should also detail the measures your organization is taking to quell the crisis. Forbes notes brands can “create trust and confidence by sharing facts in real time, rather than waiting until you have all the answers.”

A crisis strategy allows your social media management team to get in front of a threat before it escalates. While this won’t put a stop to the spread, it will buy your company time to issue an official press release.

A quick, informative response will also help diffuse emotions online. If your audience isn’t upset with you, they are less likely to spread negative sentiment about your company.

Now that we understand the importance of crisis communication in social media marketing, let’s discuss five key takeaways from #ShrimpGate. Incorporate these tips and tricks into your social media management strategy and you’ll be prepared to handle any crisis that may come your way.

Tom Meyvis, professor of marketing and consumer behavior at NYU, stated, “It’s a bad idea not to give customers the benefit of the doubt and you shouldn’t go around accusing them.” 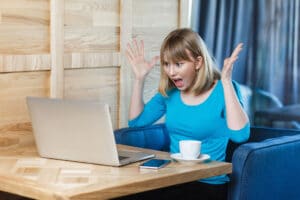 Arguing with customers reflects poorly on your company; refrain from getting in fights online.

Cinnamon Toast Crunch prioritized their reputation above customer service, which only added fuel to the fire. After declaring that the shrimp tails were in fact accumulations of sugar, Karp accused the cereal company of gaslighting him and criticized the brand for quickly dismissing a public health threat.

According to CNN, had the company “taken this seriously right away,” they could have “avoided this situation from making headlines and capturing the internet’s attention.”

If your company finds itself on the receiving end of an outrageous customer complaint, Hootsuite recommends you “engage — but don’t argue.” Make sure your customers feel heard, but refrain from getting involved in an online fight. This way you’ll maintain good customer service while preserving your reputation as best you can.

While drawing attention to a crisis may seem counterproductive to your social media marketing efforts, it’s an effective way to position yourself as the authority figure on the subject.

Failure to address the circumstances with empathy and information will make you look dismissive, and it leaves room for another figure to command the story. That’s exactly what happened when Cinnamon Toast Crunch tried to brush off Karp’s accusations within a matter of days.

According to AdWeek, “the Cinnamon Toast Crunch brand account issued a statement that they could say ‘with confidence’ that ‘this’ didn’t happen at their facility, even though no investigation had yet been conducted.” Karp took a different approach, providing photo evidence of the shrimp tails as well as screenshots of his personal exchanges with the company.

Rather than squashing consumers’ fears of tainted cereal and owning the narrative, Cinnamon Toast Crunch effectively handed the reins to Karp, who painted them as an irresponsible and unsafe company.

Had the company remained open to Karp’s criticism and taken greater responsibility for his misfortunes, they would have retained control over the situation. With more control, social media management during a crisis is easier. 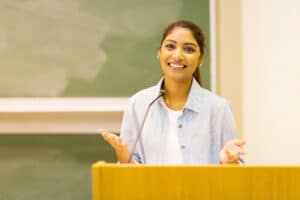 During a crisis, develop a few talking points and stick to them!

It will be harder to get a social media crisis under control if your messaging isn’t consistent. Cinnamon Toast Crunch’s social media marketing team learned this the hard way when they continued to privately pursue an investigation into Karp’s cereal after publicly dismissing his concerns.

According to CNN, marketing expert Meyvis “chided the company for the ‘discrepancy’ between the public message sent on the cereal brand’s Twitter account to the private message sent to Karp.”

A lack of consistency in social media management makes you look unsure of yourself. Consumers will lose confidence in your messaging, making it all the more difficult to wrangle the crisis at hand.

So, when it comes to your crisis communications strategy, develop talking points and stick to them. Your entire communications team, especially those responsible for social media marketing, should have access to this messaging. By creating a united front, you will protect your brand from further harm.

4. Be Transparent And Offer Solutions

During a crisis, especially one that threatens public safety, your audience wants to know what you’re doing to solve the problem. That means your social media marketing needs to pivot from scheduled communication and focus on crisis communication updates until the issue is resolved.

While Cinnamon Toast Crunch has paused social media marketing since #ShrimpGate entered the picture, they have failed to keep their audience in the loop in regards to their investigation. Doing so has only diminished consumer confidence.

AdWeek ruminated on the company’s failure to provide “any evidence of an investigation,” adding that “even a generic statement regarding the brand’s commitment to safety and sharing its plan for testing would have taken off some of the heat while they worked behind the scenes to investigate.”

Rather than radio silence, offer transparency into your investigation whenever possible. When there are no updates to share, thank your audience for their patience. Finally, share the resolution via social media and provide links to other resources and reference pages.

5. Crisis Communication Is Not An Opportunity For Building Brand Awareness

Sometimes when the internet turns its spotlight on a brand, it’s a good idea to embrace it. After all, it is free social media marketing.

In this case, online conversation–though at times outrageous–painted Sanders in a positive light. While surrounded by our nation’s elites decked out in designer wear, Sanders donned homemade mittens and a ski jacket. The image only served to reinforce Sanders’ reputation as an ally to the working class. 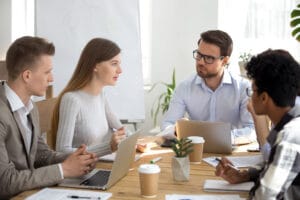 Your reach may expand during a crisis, but this is not the time for building brand awareness.

According to CNBC, merch sales raised $1.8 million for charity.

However, viral moments are not always an opportunity for social media marketing.

If your social media management team finds itself in a similar situation, just remember that if you have to refer to the crisis communication plan, this is not an opportunity for building brand awareness.