Bill Gates once said, “If I was down to my last dollar, I would spend it on public relations.” If you’re not working in or adjacent to the public relations industry, this quote by the iconic business magnate and co-founder of Microsoft might puzzle you. Isn’t public relations damage control for drama-prone celebrities? Yes, that is something public relations professionals are hired to do, but this full-fledged industry is widely misunderstood as being limited to just that.

This article explores the history of the public relations industry and how it has evolved to be an advantageous and even necessary tool for small businesses across all industries – not just global corporations and high-profile figures like Microsoft and Bill Gates.

What Is Public Relations?

According to The Public Relations Society of America, “Public relations is a strategic communication process that builds mutually beneficial relationships between organizations and their publics.” Similarly, Three Girls Media defines public relations as “building relationships to aid in the general growth and awareness of a brand.” Essentially, it all boils down to managing how a business or person is perceived by the public.

A Brief History Of Public Relations

How did public relations come to be the flourishing industry it is today and a necessary component of business? The truth is that it has been shaped through history by many people, incidents and changes in mass communication. Using strategic communication to persuade public opinion has been around since the beginning of civilization, but what we know as public relations today stemmed from the age of mass media and has evolved over time to become an essential role in business. 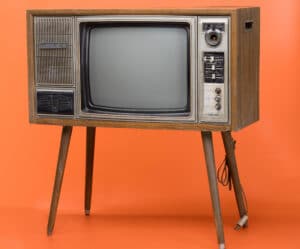 The expansion of media influenced the growth of public relations as an industry.

Although there is much debate about who the true founder of public relations is, Ivy Lee is undoubtedly one of the most influential figures. According to The Museum of Public Relations, Lee famously worked for John D. Rockefeller, the wealthiest man in the world with a family deeply rooted in the oil industry. Lee was hired to change the family’s public image from “a vilified oil baron to a well-loved philanthropist.” In 1906, Ivy Lee is thought to have issued the first press release; a letter to editors at various city newspapers stating that “the press and public should receive accurate and timely information regarding a company’s actions.” As a result, relationships between companies and the public were transformed.

The Museum of Public Relations recalls another significant event: “World War II saw the introduction of a variety of PR techniques. The U.S. created the Office of War Information in 1942, to censor war news, document social change and create a central means for the government to communicate about the war.” Moving from the 1950s through the 1970s, televisions became present in nearly every home. The number of large companies increased at the same time broadcasted media became more and more sophisticated – public awareness was at an all-time high.

The Museum of Public Relations shares that this combination resulted in increased “incidence of societal change, conflict and confrontation.” Social movements during this time were fueled by “posters, buttons, anthems and chants” with calls for equality and peace. These materials were persuasion tools similar to the posters and billboards President Wilson’s public information committee utilized to corral support for the nation’s participation in World War I.

In a big leap to the 2008 presidential election, we saw the first time social media was used to connect politicians and voters:

Hopefully this overview of the evolution of public relations has painted a picture of how the growth of media and technology has influenced the landscape between the public and institutions. Public relations has grown to be a necessary part of business, and although it’s often talked about in terms of large corporations and high-profile people, with the rise of the internet and overall expansion of media, it’s no longer something deemed worthy only of celebrity status. As technology continues to permeate our everyday lives and the act of consuming various forms of media and directly interacting with corporations and public figures through social media remains constant, PR will continue to be an essential tool – whether you’re Bill Gates or a small-business owner.

Why Is PR Important For Smaller Businesses?

More often than not, large corporations operate best and are at their most profitable when at the expense of society and the environment. Furthermore, celebrities whose livelihoods depend on their public image and popularity are most often thought of as the primary customers of public relations management. They need a plan to help control their image and elongate their success. However, this industry is more than the work done for celebrities and corporations. Social media has increased their need for PR help, but it has also created the need for public relations for those not in the mainstream public eye.

Even though small businesses and low-profile public figures are not immune to scandals and negative press, they typically seek out public relations help for the purpose of growing their business with PR tactics. There doesn’t need to be an immediate threat to your reputation to seek out reputation management. No matter how small your business is or how many competitors you have, social media and the internet help level the playing field and make it possible to create a name for yourself despite the highly saturated market. The following are ways that public relations management can help small businesses.

Your business efforts should always strive for increased brand awareness, and that is exactly what public relations will help you achieve. Brand awareness is described by HubSpot as a representation of “how familiar your target audience is with your brand and how well they recognize it.” Have you ever heard the term Apple-person when referring to an individual’s preference for Apple products over other brands? This is an example of how powerful brand awareness is; so powerful that people will associate a product or service with just one brand, despite the number of other companies that offer the same thing.

This has all kinds of benefits; it builds trust with consumers and typically means they will return to your business. Public relations professionals can strategically communicate the right details about your brand to the media and through a PR campaign to help foster trust among consumers, solidify your brand in their mind and establish your small- or medium-sized business as worthy of attention. It’s not enough to offer something great; consumers need to know who you are and remember you. Public relations tactics will help grow your brand awareness and ensure long-term success.

According to Curzon PR, traditional media like magazines and television are highly  valuable, regardless of the decrease in these outlets as a result of the rise of the internet. These forms of media offer a way to build long-term success. Because they have been around for so long and have a large audience, getting coverage is an instant boost in credibility and guaranteed exposure to a large audience, unlike social media where visibility isn’t always easily achievable and consumer trust is sometimes low.

These benefits are amplified by the fortune of earned media, defined by Curzon PR as “media you did not create yourself and did not pay for, such as having a journalist cover your brand in their story.” Public relations professionals are experienced in working with traditional media outlets and employ the tools necessary to receive their attention. This opens up opportunities that social media rarely makes possible.

As an extension of the previous point, CEO of Three Girls Media, Erika Taylor Montgomery, shares in her article “4 Reasons You Need Public Relations Now,” that PR can be used to take your small- or medium- sized business and make it large, reasoning that: “public relations is about engaging potential clients and target demographics. By securing media coverage through various outlets, you are also securing heightened visibility among fans, thus leading them to adopt the mindset that you are indeed an established and well-respected business with a big reputation in the community.” 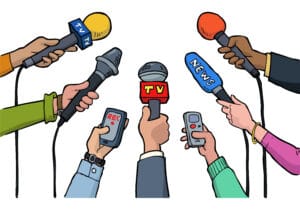 Public relations and the media go hand in hand.

Public relations specialists are in tune with consumers. With their expertise, you’ll have the flexibility to better prepare for a changing world and optimize your success with appropriate and effective PR campaigns. According to Forbes, ethical companies and quality products are trending and may stay that way for quite some time. The COVID-19 pandemic has consumers focusing more on healthy living and products that limit negative impacts on the planet. Public relations is a tool that can help position your business as a worthwhile investment for consumers in these times. If you have something to offer the present-day consumer, utilizing public relations strategies is a nearly fool-proof method for spreading the word about your company. Additionally, it will help you stand out from the crowd. In her reasons for adopting public relations tactics, Erika Taylor Montgomery writes: “Whether you are a small business or a large corporation, you will have dozens of competitors, each vying for the attention of your target demographic. What will separate you from those competitors will be a well-thought-out and seamlessly executed public relations campaign. Take advantage of the tools that your competitors may not be using and be proactive about shaping your public persona.”

Today, public relations benefits small businesses, massive corporations and everyone in between. Social media and the sheer access to information that people have has really shaped the role of PR professionals in the industry. 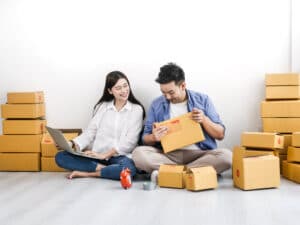 Public relations can help small businesses with their long-term success.

It’s important for business owners and entrepreneurs to understand the value of public relations strategies in order to reach success in markets today. The online world is a constant battle to prove your brand and public relations specialists are equipped with the skills and tools to shine a light on your distinctive qualities.

Do You Want To Strengthen Your Company’s Public Relations Strategy?

complimentary, 30-minute consultation with our CEO, Erika Taylor Montgomery. We are ready to help you improve your company’s PR strategy today.

Sign up for a complimentary consultation during January and receive an Email Marketing Guide valued at $475!  We offer a 30-minute phone consultation with our CEO, and can answer your questions and discuss your specific marketing needs - no strings attached. Call 408-218-2391 or contact us today to arrange your consultation!